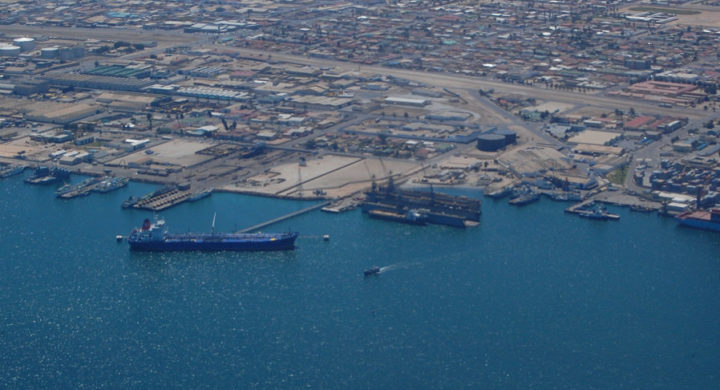 Namibian anti-corruption authorities are investigating allegations regarding NAD 150 million ($10m) worth of fishing quotas, originally donated by Namibia to the Angolan government, which have allegedly been taken over by Namibian politicians, reports The Namibian.

According to the report, several politicians and their friends, relatives and business partners have allegedly been reselling the Angolan fish quotas to international companies at market rates.

The individuals under scrutiny include Ricardo Gustavo, a senior manager at Investec Asset Management, as well as the state-owned National Fishing Corporation of Namibia (Fishcor). Two Namibian ministers and a former Angolan minister are also believed to be implemented, according to The Namibian.

Allegedly, profits from the quota sales were siphoned to offshore companies in Mauritius and Dubai, with the money then reportedly coming back into Namibia through companies that can be traced back to relatives, ministers and business people controlled by politicians.

The total sum under investigation could be as high as NAD 500m, the Namibian claimed.

The original bilateral agreement between Angola and Namibia was signed in 2014, and saw the latter given a quota for 25,000 metric tons of horse mackerel between 2014 to 2016. While this allocation was worth approximately NAD 70m, the second allocation, from 2016 to 2019, had a value estimated at close to NAD 150m. The original reason for the deal between the two countries was reportedly unclear.

https://www.undercurrentnews.com/2019/10/07/namibian-authorities-investigate-claims-10m-fish-quota-hijacked-by-politicians/
Since the above, two people have been arrested for allegedly interfering with the investigations.
Jason Iyambo appeared before magistrate Linus Samunzala on Wednesday 22 January 2020 and was not asked to plead to charges of corruptly giving gratification as an inducement, a contravention of the Anti-Corruption Act, or alternatively improperly influencing an authorised officer.

He is also charged with one count of defeating or obstructing the course of justice.

It is alleged that Iyambo offered the official, Junius Ipinge, N$250 000 for the items in question.
Iyambo is the second person to be arrested for allegedly interfering with the investigations after the police and ACC officials arrested Nigel van Wyk for trying to remove evidence from the house of former justice minister Sacky Shanghala, including documents, hard drives, flash drives and ammunition.

Van Wyk was charged with two counts of attempting to defeat the course of justice and unlawful possession of ammunition and remains in custody.

Hesekiel Ipinge who appeared on behalf of the state opposed bail being granted, as it would not be in the interest of the public or the administration of justice and the fear that the accused would interfere with investigations if granted bail.

Katuvesirauina Ngatangue, who represented Iyambo, told the court they will bring a formal bail application in due course.

The matter was postponed to 20 February to coincide with the next court appearance of the Fishrot Six, as they are now publicly known.

Esau and his five co-accused are charged with corruption, fraud and money laundering in the Fishrot scandal.

They have thus far failed in numerous attempts to have the charges against them nullified and remain in custody at the Windhoek Correctional Facility’s section for trial-awaiting inmates.

Betty's Bay is one of the last natural coastal havens...