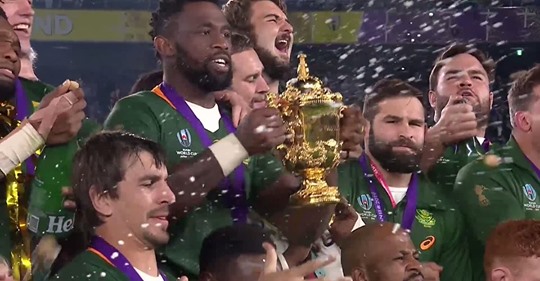 WOW! BOKKE! You did us PROUD! 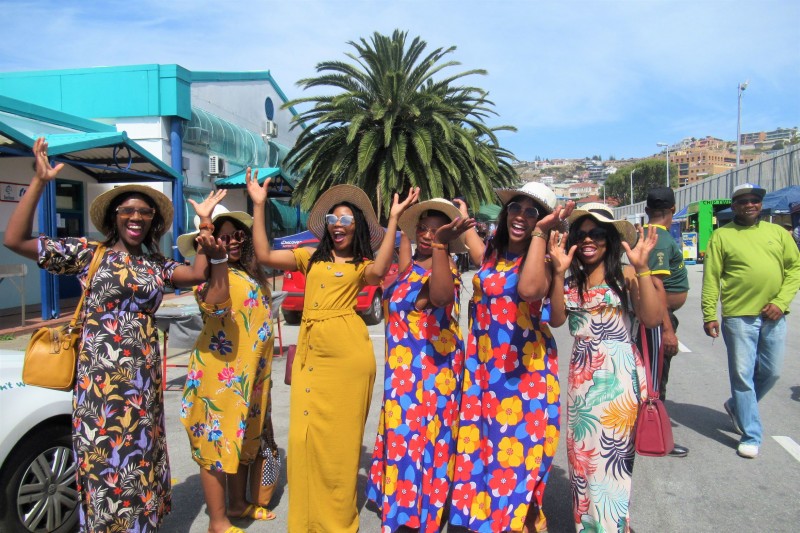 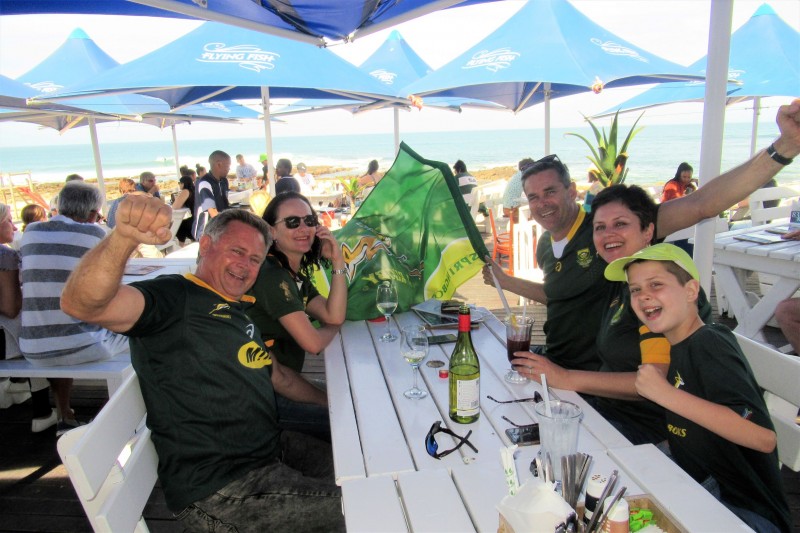 ONLY in SOUTH AFRICA - Happiness UNplugged in Mossel Bay!

Check here how Twitter exploded after the Springboks beat England 32 -12 and were crowned the rugby World Champs: 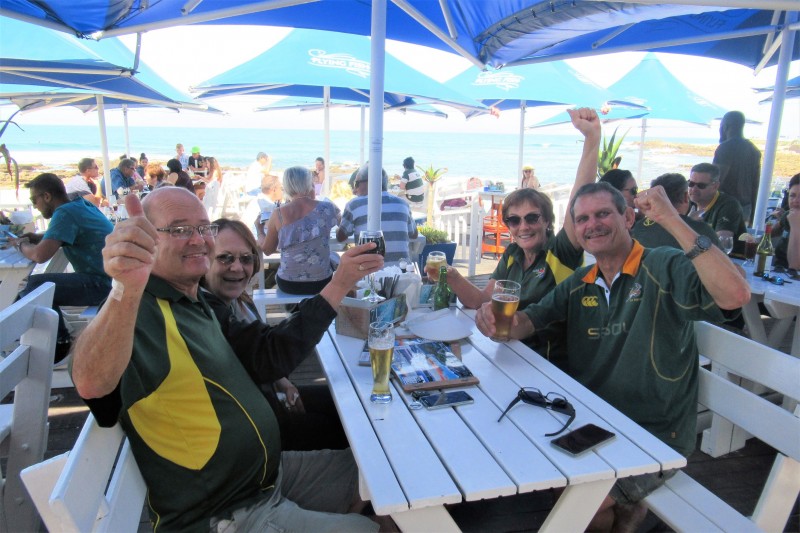 Siya Kolisi’s monstrous, brutal and beautiful pack of Springbok forwards laid a foundation, not only for winning a rugby game, but for lifting a nation and giving hope to a country in Yokohama on Saturday. The Springboks are world champions and perhaps Madiba’s dream of a Rainbow Nation is alive again because of what happened in 80 intense minutes of near-perfect rugby from the Springboks.

‘I have never seen South Africa like this. We were playing for the people back home. We can achieve anything if we work together as one.’

South Africa 32, England 12. That number is etched in history, even now. The underdogs bit the bulldog as the Springboks swept to a deserved third world title with a performance for the ages.

Two tries from dazzling wings Makazole Mapimpi and Cheslin Kolbe in the crucial final quarter, and eight kicks and 22 points from the boot of flyhalf Handré Pollard, tells one story.

But the narratives in this game were numerous and varied. Kolisi’s own story, from poverty to the pinnacle of world rugby, is a metaphor for where these Springboks were just 20 months ago, and where they are are today.

Then, they were an impoverished team, losing by record margins and to all opponents. There seemed to be no hope, only more despair in the future. But things changed under coach Rassie Erasmus and captain Kolisi, who was named as skipper in June 2018.

All those doubts and raised eyebrows are gone after Erasmus said the Boks would lose several more times in pursuit of a greater goal. The goal was winning the Webb Ellis Cup, but to get there the Boks needed to go through several steps. There were no shortcuts, there was no instant repair.

And in Yokohama on Saturday, all the angst and pain of seven losses in 14 Tests in 2018 as Erasmus rebuilt, not just a team, but an entire rugby legacy, were all worth it.

For 80 minutes on a perfect night in the Japanese prefecture, England were dismantled, manhandled, emasculated and finally shredded by a team that played with belief, power and furious control under impossible pressure.

How the Boks dealt with the pressure so well is a credit to Erasmus, Kolisi and the rest of the leadership group. It’s testament to a team that believed in a plan and in each other and worked tirelessly to achieve their objective.

There were no shortcuts and there was no luck. The Springboks are worthy world champions – as the 20-point winning margin, the joint-biggest in a Rugby World Cup final, attests.

From the passionate rendition of the anthem to the stirring opening minute in which the Boks swamped England from the kick-off, to South Africa’s first penalty 30 seconds later, England were on the back foot from the off.

The maligned Willie le Roux was towering under the high ball. Mapimpi and Kolbe equally so, while they also showed that they only needed one opportunity to turn the game South Africa’s way.

Not so long ago Kolisi, Mapimpi, Lukhanyo Am and Kolbe were not allowed to play for the Springboks because of their skin colour. On Saturday, they were starring in a World Cup final in Japan as part of a multicultural team.

South Africa, for all its faults and problems, is the most resilient and forgiving of places. The Springboks of 2019 are an embodiment of the best of the country, and Kolisi is at its heart.

“I have never seen South Africa like this. We were playing for the people back home. We can achieve anything if we work together as one,” Kolisi said after the match.

“It was like in ‘95. So many challenges we have (in South Africa). The coach told us we are not playing for ourselves, we were playing for the people back home.”

After resoundingly beating the All Blacks in the semi-final, England didn’t show the swagger they oozed in that game – because they weren’t allowed any breathing space.

The Boks defence swamped them, and the South African scrum ground the Roses pack into the Middle Ages. At times contact was savage – in a legal way – and both sides lost players to injury.

England lost tighthead Kyle Sinckler in the third minute to concussion and was knocked out cold hitting Mapimpi’s hip.

Later in the first half the Boks lost hooker Bongi Mbonambi to a similar injury as he staggered from the field after stopping the marauding Billy Vunipola. Lood de Jager dislocated his shoulder in the same sequence of play.

Those two Bok injuries occurred around the half-hour mark, as the Boks repelled more than 12 phases of relentless England pressure on their line. It was the only time in the match England came close to scoring. As it was they had to settle for three points from the kicking tee, which was a moral victory for the Boks.

Pollard missed that first-minute penalty but any suggestion that it was a bad omen for the game was rapidly dispelled. The Boks surprised England by playing with more width, by kicking less from halfback Faf de Klerk and more from wider areas such as Le Roux at first receiver.

A confused England were rattled. Vunipola, the Billy variety, threw a wild pass over the head of flyhalf George Ford inside his 22 early on. Minutes later scrumhalf Ben Youngs passed directly into touch when De Klerk shot up out of defence to take away his passing option to wing Anthony Watson.

The Boks were asking questions and England didn’t have the answers. No 8 Duane Vermeulen was immense in contact, winning the gainline battle almost single-handedly, and dominating the breakdowns. He was deservedly named man-of-the-match.

England’s much vaunted back row pair of Tom Curry and Sam Underhill suddenly looked like the inexperienced duo they are.

Vermeulen, with help from Malcolm Marx and Kolisi, ensured that England gained no momentum from rucks. It was the oldest rugby cliché in the book – lose the collision battle and lose the match. England were bullied and broken in contact.

With the Roses scrum in disarray, the Boks turned the screw. The scrum penalties piled up and Pollard found his radar, landing four first half penalties while Farrell put over two for England.

After the break England coach Eddie Jones changed tactics and asked his team to run the Boks ragged. In one passage of play, England won a lineout on halfway, went left and right through 10 phases before relentless Bok pressure forced a handling error five metres inside England’s half.

From the ensuing scrum the Boks won a fourth scrum penalty and Pollard smashed it over. The new England plan wasn’t going to work either.

Just as it seemed the Boks were taking a complete stranglehold on the match, England had a brief glimpse of hope. Two England penalties in quick succession brought the score to 15-9. There was only a converted try in it.

But the Boks soon moved back into England’s half thanks to a raking kick from Le Roux and they won another penalty. Pollard struck it over. It was the first time the Boks had scored more than 15 points in a Rugby Word Cup final. Their previous two finals in 1995 and 2007 had yielded winning scored of 15-12 and 15-6.

From the restart, though, the Boks strayed offsides and Farrell landed a fourth penalty. With tension mounting and the Boks not making the most of their all-round superiority on the scoreboard, the only anxious people were supporters. The players remained composed. 4

They ensured England remained pinned back and when Mapimpi finished off a stunning blindside move involving Marx and the impressive Am to score the Boks’ first-ever Rugby World Cup final try, the contest was over. It was his sixth try of the tournament.

England were broken and stunned. The Boks, though, were ruthless and hungry. Kolbe, in typical fashion, carved out a try by jinking past hapless defenders and scorching the cover defence for the coup de grace of the 2019 coupe du monde. DM