The Department of Co-Operative Governance and Traditional Affairs (COGTA), has gazetted the new upper limits of total remuneration packages payable to municipal managers.

The limits – which take retroactive effect from 1 July 2018 – are based on a strategic framework for remuneration of senior managers across all municipalities, the document states.

It added that the framework takes into account ‘core reward principles’ and is aimed at ensuring that the remuneration of senior managers is ‘cost-effective, consistent, internally balanced (equitable) and externally competitive’.

The total number of points allocated to a municipality are then categorised on a scale from one to ten, which determines remuneration levels.

This is further split across a ‘minimum’, ‘midpoint’ and ‘maximum’ level based on the background, tenure and capabilities of individual managers (among other factors).

The upper limits of the annual total remuneration packages payable to municipal managers are as follows:

While the remuneration amounts are based on a wide number of factors, the new limits show that it is possible for municipal managers to effectively earn more than South African President Cyril Ramaphosa.

President Cyril Ramaphosa is expected to earn a salary of R3.6 million in 2018 – easily making him one of the best-paid leaders in the world.

However, it should also be noted that Ramaphosa will donate half of this salary to a new fund that will be managed by the Nelson Mandela Foundation.

The Gazette also sets out the upper remuneration limits for top-level managers who report to municipal managers.

The upper limits of the annual total remuneration packages payable to managers directly accountable to municipal managers are as follows:

The South African Municipal Workers’ Union (SAMWU) said it was ‘disappointed’ about the new upper limits.

“As Gazetted on the 8 November 2018, city managers are set to receive an annual salary of R3.9 million while those reporting directly to municipal managers will be receiving over R3 million annually,” it said.

“These increases happen when municipal workers are heavily underpaid, when municipal workers demand a fairer salary increment they are told that their demands are simply unaffordable whereas those sitting in air-conditioned offices are swimming in pools of money, those who are subjected to rain, wind and sun daily are given peanuts.”

It added that these increases were Gazetted in the same week that Extended Public Works Programme (EPWP) workers’ salaries were increased by a mere R4.31 per day.

“It does not make sense how a Municipal Manager can be remunerated 180 times more than the least paid employee in the sector. These are the people who are responsible for the real business of service delivery,” it said.

“It is for this reason that SAMWU will be intensifying its campaign for the absorption of all EPWP workers by municipalities on a permanent basis. EPWP participants are delivering a municipal service and as such they should be absorbed by municipalities.

“We maintain that the ridiculous and highly inflated salaries given to Municipal Managers should be redirected towards service delivery and for better remunerating municipal workers.”

You can find the full framework detailed below: 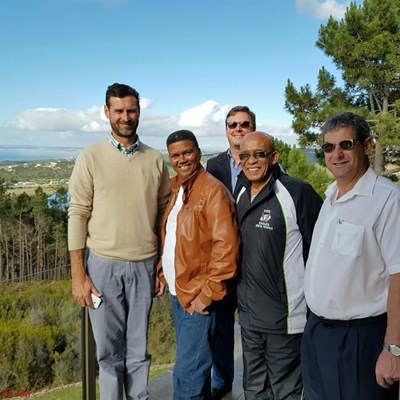 “I am delighted that we have been able to find a person of the calibre and experience of Adv Giliomee and we look forward to working with him during our term of office to take Mossel Bay forward in the best interests of all our citizens.

“The Municipality has established itself as one of South Africa’s leading municipalities over the past number of years and I am sure that Adv Giliomee will continue to build on the foundations that he will inherit,“ said Alderman Levendal.

His career in local government started in December 1988 with the Cape Metropolitan Council in Stellenbosch. He subsequently worked at the Oostenberg Municipality, the City of Tygerberg and the City of Cape Town. Following a number of years in the private sector, mainly as the owner of his own labour relations consultancy, he had a spell with Bitou Municipality in 2012, first as Acting Chief Financial Officer and then as Acting Municipal Manager.

On 1 August 2012 he became the Chief Executive Officer of the Western Cape Liquor Authority on a fixed-term contract until 31 October 2015. He joined the Office of the Premier of the Western Cape on a fixed-term contract as a part-time consultant on strategic programmes on 1 November 2015, while at the same time practicing as a private labour specialist.

Icosa councillor Dawid Kamfer, as well as councillors from the ANC and ACDP, however, indicated during the council meeting that the appointment did not necessarily meet with their approval. ANC councillor Jovan Bruinders said Adv Giliomee was in fact deployed by the DA, and not appointed by the full council of Mossel Bay.
Councillor Kamfer also asked that the credentials of the new municipal manager, as well as the personnel agency involved, be investigated.