Waiting, waiting and waiting for the doctor 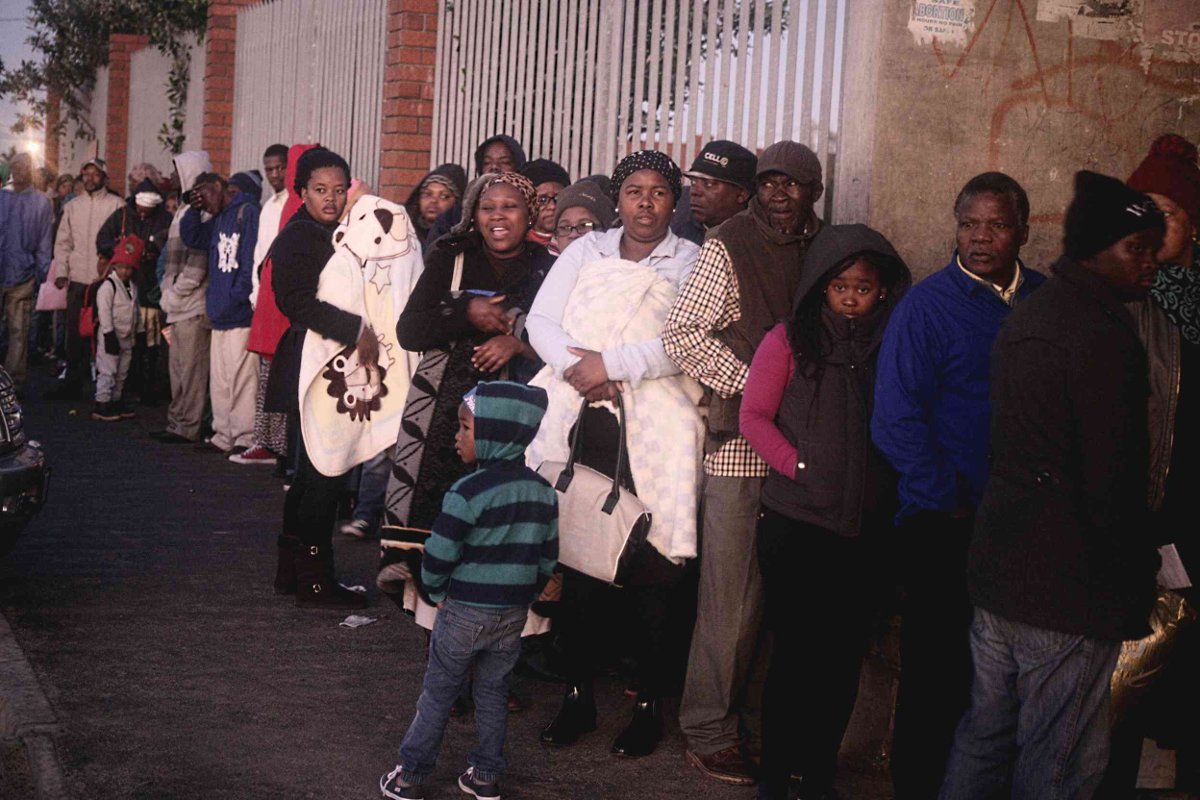 It is 5:40am on a misty Friday morning and there are already a group of people huddled together on the stone bench outside Town Two Clinic in Khayelitsha. Many of them have been here since 4am as they know that by 7:30am, when the clinic opens its doors, the queue will reach down the street.

The first patient in the queue, Nelson Nyudu, says that he will probably be seen at 8 or 9am, more than four hours after he arrived at the clinic. Regardless of the weather, patients must wait outside as the clinic does not open its doors before 7:30am.

“We stand here even in the pouring rain,” says patient Noluthandla Mange. “We have been complaining for a long time. They tell us to put the complaints in a box but they never do anything about it.”

Mange, who suffers from asthma, says that she hasn’t got the money to travel to other clinics in the area, where patients are allowed to wait inside before the official clinic opening times.

“What we would like to see the clinic do is to allow patients inside,” says Nyudu.

Many patients waiting outside Town Two Clinic claim that they experience further delays once the clinic finally opens. They say patients picking up their medication and patients waiting to see the doctor all wait together and that this causes delays. 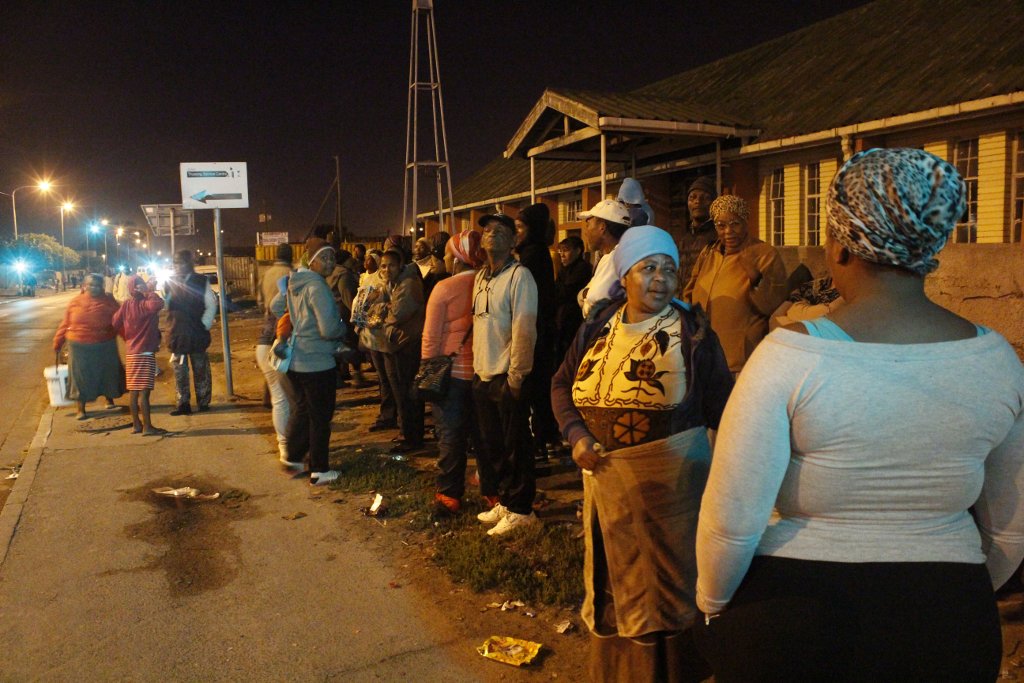 The problem “is the process. They don’t have a strategy,” says Noni Sopapaza, another patient waiting in the queue.

Patients say that their folders are regularly misplaced, causing further delays once they are inside the clinic.

Less than three kilometres away is Matthew Goniwe Clinic where the situation is very much the same. It is 6:30am and a number of people are waiting outside the clinic. Patients say that they expect the clinic to open at 7:30 or 8am.

The issue of misplaced folders again appears. “Sometimes they can’t find your folder. And they will ask where you put your folder,” says Joyce Malibuye who is first in the queue.

When this happens the patients say that they are sometimes asked to come back the following day or the clinic staff will open a new folder for them.

Champion acknowledges that facilities are very busy and that patients often wait for long periods of time.

“Our facilities [in the Western Cape] open at 7:30am and we encourage clients not to arrive at the facility before the opening times. Hence we have an appointment system which clients are encouraged to utilise and to honour their appointments,” says Champion.

Champion says that patients are categorised according to the seriousness of their illness or injury and that if a patient is coded “red”, which is indicative of a life-threatening injury, they will be seen immediately thus causing delays for patients coded “orange”, “yellow” or “green”.

She also acknowledges that the retrieval of folders contributes to the long waiting times. “Improvement systems are being rolled out to facilities within the province. In some cases this includes electronic systems and in others merely small infrastructure and flow improvements,” says Champion.

Champion says that the Western Cape Department tries to accurately predict patient volumes and to allocate staff and resources effectively but that this can be difficult when patient flow is unpredictable. She says that remedying the problems faced by patients at clinics is a high priority for the province. 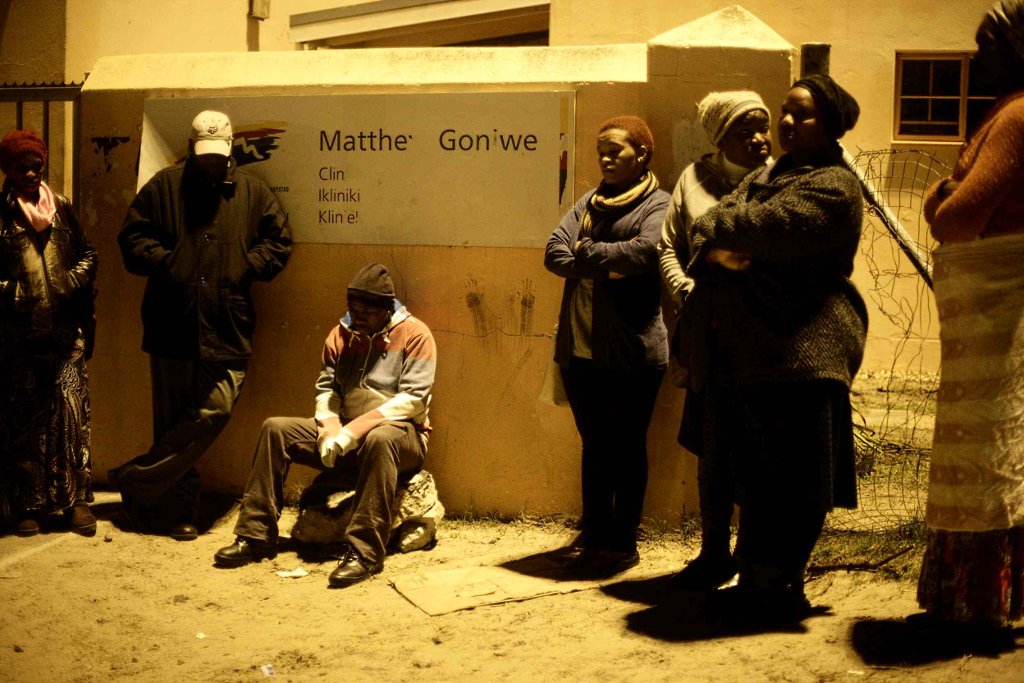 Clinics around the country experience similar problems. Elizabeth Mahlangu is a patient at Daveyton Main Clinic in Ekurhuleni and says that patients face numerous challenges when they go to the clinic.

“There is a long queue from 4am to 4pm,” says Mahlangu. “There are only four staff nurses in the clinic.”

The clinic also does not have a permanent psychologist; instead one psychologist rotates between four clinics in one day.

There are over 260,000 registered nurses

There are approximately 216,000 medical practitioners.

According to Health Systems Trust, the public sector services 80% of the population.

Again the issue of lost files resurfaces. The last time that Mahlangu was at the clinic she was told that her file was missing, meaning that a new file had to be opened. Medicine shortages have also resulted in Mahlangu not receiving her medication.

Portia Serote who is the Treatment Action Campaign’s (TAC) national women’s representative says that TAC is very concerned about the clinics around Daveyton. She says that the shortage of staff is a major cause of the problems.

“They [the patients] chose to go to work to put bread on their family’s table rather than going for treatment as they are told to come back on other dates,” says Serote.

Serote, who is also chairperson of the clinic committee, says that the clinic receives more than 10,000 patients a month who are on antiretroviral treatment for HIV and this pressure on the facility is increasing as patients with HIV now begin treatment earlier.

She confirms that filing systems are problematic and that files often go missing. Serote says that nothing is done to address issues of infrastructure and shortage of staff.

In Daveyton Main Clinic she says that nursing sisters are often moved to departments where there is an influx of patients, despite the nursing sister not being trained to work in that particular department.

“Last month, one of the nurses who is not working in antiretroviral treatment gave a patient two drugs instead of three because it is not his specialty and he is not trained in doing that kind of job. Even in the TB department, one patient with drug-resistant TB was misdiagnosed,” says Serote. 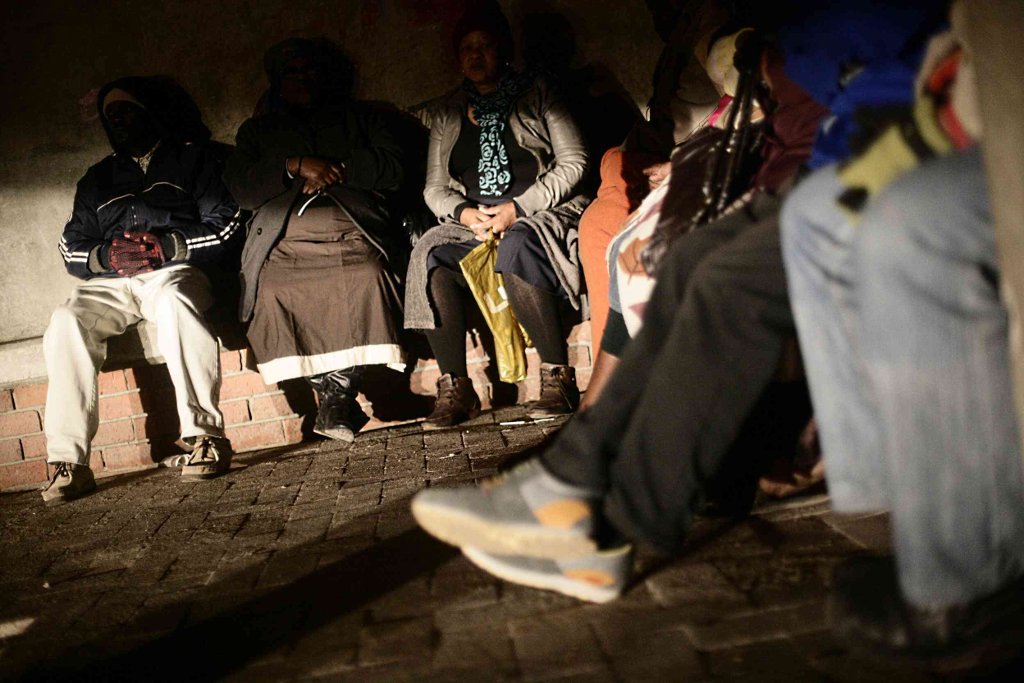 Joe Maila, who is the spokesperson for the National Department of Health, says that the large number of patients who visit health care facilities result in the queues and that the Department is finding ways to resolve the problem.

“One of the ways of reducing queues is to roll-out chronic medical supply. So that patients who do not need to be consulted by a doctor or health worker should get their supplies directly delivered to them rather than coming to queue at the facility. This will obviously reduce queues at health facilities,” says Maila.

He also said that the Department is finding ways to manage queues at reception in order to direct patients according to their specific needs.

The deputy executive director of the Wits Reproductive Health and HIV Institute, Professor Francois Venter, says that there needs to be a change in the systems at clinics so that patients can be streamed more efficiently through the process.

“What happens is that there is an intense burst of energy in the morning and things quiet down in the afternoon,” he says.

In Venter’s 2014 discussion paper on what has been learnt from the last ten years of HIV treatment programmes, he writes: “We sit with a health delivery system largely designed by European colonisers. They’ve moved on, but we have clung to a clinic-hospital, nurse-doctor model that was out of date 50 years ago.”

Venter believes that there needs to be a more integrated way of treating patients so that they do not waste time waiting in queues. He also says that people aren’t held accountable for the problems in clinics. “There is a lot that could be done but there is no easy answer,” Venter says. 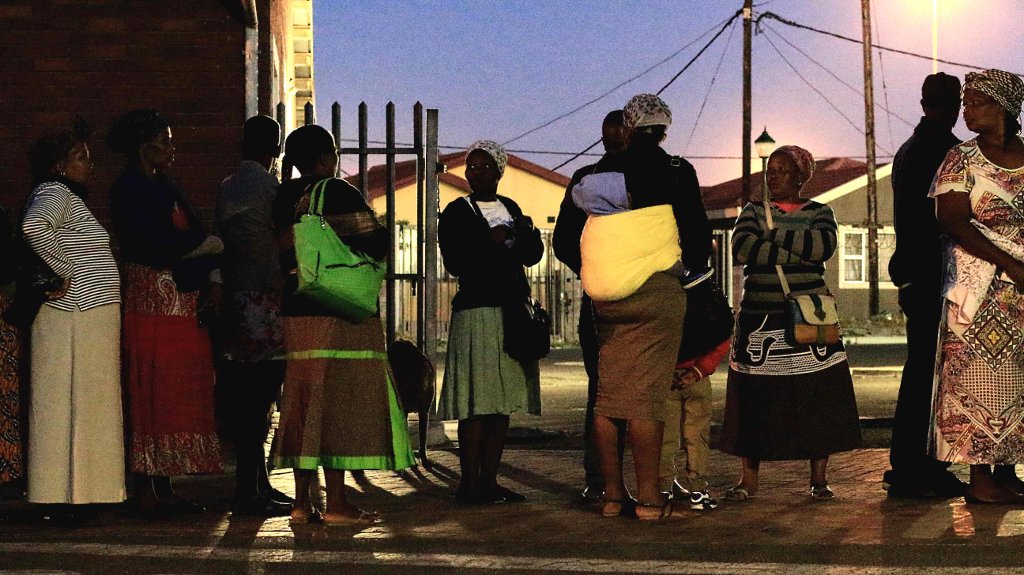 0 #1 Lesli 2020-07-14 02:41
Link exchange is nothing else except it is simply placing the other person's
weblog link on your page at proper place and other person will also do same in favor of you.