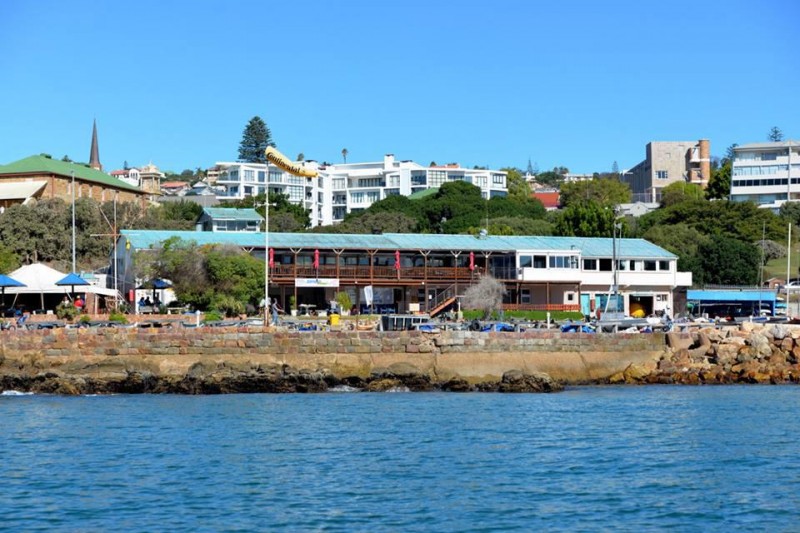 Three years (including a lengthy and costly legal battle) after the Mossel Bay Yacht & Boat Club (MBYBC) lost its annual lease agreement with Transnet National Ports Authority (TNPA) to Mossel Bay Waterfront Pty Ltd in October 2016, the dust has still not settled on this coveted landmark.

The new lessee, a Mossel Bay-based, woman-owned micro-enterprise, officially took over the lease in February 2019 and huge expectations were created about the premises being transformed into an exciting and inclusive tourism hub with a top-notch restaurant sporting an extended deck, and a festive flea market vibe all around.

However, very few of the predicted enhancements and activities materialised since February. When the popular annual Mossel Bay Yacht Race from Simons Town was cancelled this year, and the Mossel Bay Skipper Foundation had to store their expensive vessels in an open field behind Santos Express, we questioned TNPA regarding their lack of support for sailing, as well as persistent rumours of financial problems and non-payment by the lessee.

TNPA immediately responded to the query with a strong-worded media release which we published with our other news on our Facebook page. (Scroll down).

This week, the Mossel Bay Yacht & Boat Club, in turn, responded to TNPA's media release. We publish both media statements as is, as well as a letter on the same issues that was published in the Mossel Bay Advertiser. 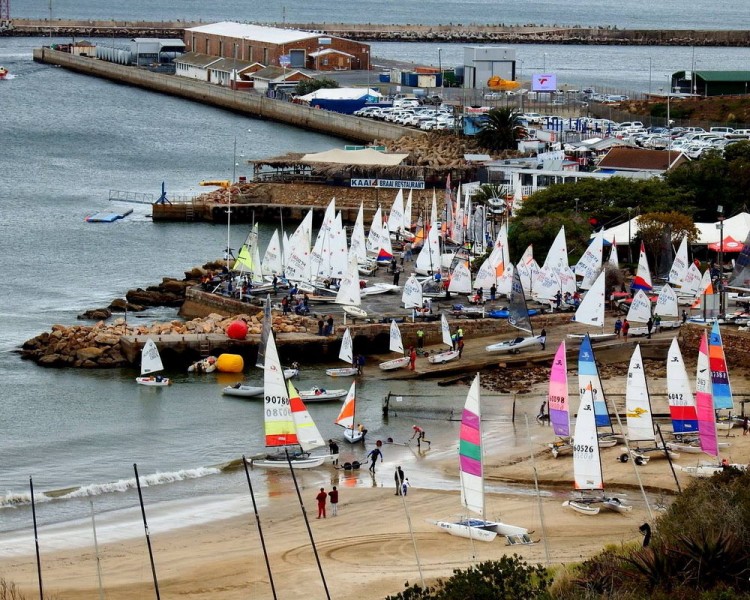 The Mossel Bay Yacht and Boat Club (MBYBC) wish to respond as follow on the media statement of TNPA as published in Mosselbayontheline on 7 November  2019:

The MBYBC does not intend to get involved in a war of words, but unfortunately, are forced to answer on some of the allegations as made by TNPA.

Over a period of 63 years, MBYBC members have developed the land on which the MBYBC were situated, which initially was just a little piece of rocky shoreline.

The infrastructure associated with the Club and the premises have over time been transformed and routine maintenance has ensured that an asset of real value has been made available to a wide spectrum of the Mossel Bay inhabitants and the valuable holiday visitors.

These developments were entirely funded by contributions and subscriptions from the members. This includes the fifty walks on moorings that were built inside the harbour walls. When the MBYBC were forced to leave the premises at the end of January 2019, they were also forced to leave behind a fully developed Clubhouse, Braai area, slipway, parking area reclaimed from the sea and other assets, the replacement value which is worth well in excess of Ten million Rand and without receiving ANY compensation from TNPA.

Despite being a registered Public benefit and Non-Profit organization, the MBYBC had to pay commercial monthly rental rates, eventually amounting to R125,000.00 per month. This was done without missing a single payment in 63 years! The lease agreement stipulated that the MBYBC had to remove all plant & machinery as well as freestanding items and vacate the grounds in a clean condition at the termination of the lease. This was indeed done by MBYBC.

All damage that resulted from such removal was repaired & painted before the hand-over inspection took place. Port Security was on-site during this removal process and there were no reports of vandalism then or when the keys were handed over to the Port Officials.

After the premises were vacated, it became clear that TNPA was not happy with the fact that the MBYBC rightfully removed their MOVABLE assets (eg fridges, bar counter etc). They claimed these as they did all other improvements to the premises.

The National Port Authorities acted irrationally in allowing an entity to occupy State-owned property without a signed lease agreement, paying the necessary deposits and rental !

The Port & Property Manager should accept responsibility for this instead of blaming an organization that paid it's dues and served the Community with distinction for many years. It must be mentioned that the basis of the MBYBC's review to court was indeed the ability of the competitor company to pay the hefty monthly rent.

It is significant that no rent has been paid to date - and TNPA states that as yet no rental agreement has been signed. If the property was in such bad shape, it raises the question how it is possible that the new tenant could start trading virtually from day one after occupying the premises and generating significant income to this day.

Liquor and food are sold, portions of the property are sublet, membership, slipway & mooring fees are charged and the mooring rights are sold - all of this income being pocketed without paying any rent.

It is unheard of to be granted beneficial occupation for nearly a year while Government and the Taxpayer are losing out on millions of rand in rental income. We trust this clarifies the unfounded allegations made by TNPA which are rejected.

Best regards from the Mossel Bay Yacht and Boat Club!

Transnet National Ports Authority’s (TNPA) Port of Mossel Bay places on record that there is nothing untoward about the status of its lease relationship with the Mossel Bay Waterfront Company. The current rumours brought to our attention are purely malicious.

The previous lease holder’s objections were heard before two courts of law, both of which ruled in favour of TNPA as the lessor.

TNPA took over the property in February 2019. At this time, it was discovered that the premises were in a poor state of maintenance and had been vandalised, including the removal of immovable furniture and building structures either during or immediately after the previous tenant’s departure.

The premises were in a dire state and unsuitable for occupation or lease due to poor maintenance and a damaged, non-compliant electrical system. The new occupant was therefore allowed a Beneficial Occupation to allow him time to fit out, refurbish and ready the premises. This is well within the parameters of TNPA’s Real Estate Management Policy and lease manual.
Both the new tenant and TNPA have invested significantly to refurbish the building and are presently in the process of finalising the repairs and the lease agreement. The tenant will be expected to pay a deposit and rent, once the agreement has been signed between the two parties.

The new lessee was awarded this lease because of its strong business model that sets out to provide all members of society from all walks of life with an equal opportunity to participate in port activities – not merely an elite few.
There have been several events and angling competitions hosted by the occupant, while water sports such as boating, sailing and scuba diving are all on offer from the premises. The premises is also now a SAMSA approved training centre offering several maritime courses never before offered in Mossel Bay.
With the property now open to the general public, there has been significant growth as tourists are now able to enjoy virtually unrestricted use of the facilities.

The facilities have been upgraded, including the addition of a kiosk offering take-away meals for beach visitors. A one-stop shop will be opening at the end of November offering all marine users equipment and general goods for fishing and sailing trips.

The sailing community is still able to use these premises for sailing competitions. Sailing remains a big priority for Transnet National Ports Authority and the Mossel Bay Waterfront and discussions are well underway to start a sailing school early in the new year. Sea Cadets still use the premises and the Mossel Bay Waterfront intends placing some of these cadets on courses such as skippers, radio licence, first aid and pre-sea etc.

There are over 200 boats registered with Mossel Bay Waterfront as a launching facility and for the first time, there is now a tractor service available.

The Mossel Bay Waterfront has over 250 members who get to use all the facilities including a members’ bar, while the public bar and restaurant ensure unrestricted access for the general public at all times.
It is indeed unfortunate that a campaign is underway to discredit the Port’s management and the new tenant while the entity is still newly established and already making a positive contribution in our community. 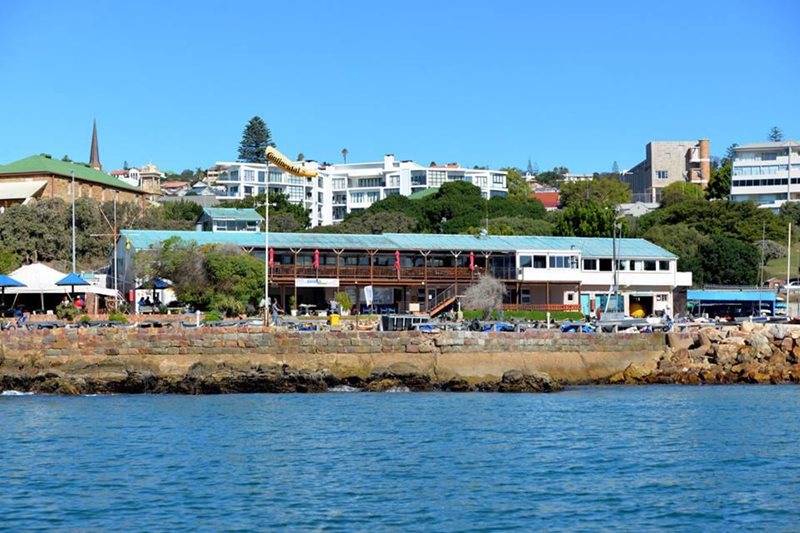 In connection with the old yacht club premises in Mossel Bay, it came to my attention that the new tenant, the Mossel Bay Waterfront Company, of the premises, has since it moved in, never paid rent to Transnet National Ports Authority.

The contract was awarded to The Mossel Bay Waterfront Company after a tender process, whereafter the previous paid-up tenant, the Mossel Bay Yacht Club, was forced to move out.

The Mossel Bay Waterfront Company has been occupying the premises since February 2019 without paying rent.

This does not seem right as the property belongs to TNPA but it is also in the interest of the public as it's government property. In this case it is very unfair that TNPA is wasting the taxpayers' money by not collecting the rightful rent which was previously paid in full by the previous tenant. The lack of management by TNPA is starting to become obvious and cumbersome and one wouldn't want to put TNPA in a bad light because of this but its opinion in this regard will be appreciated.

Usually a tenant not paying the rent would have been evicted from a TNPA premises by now. This is a business premises after all. Money must matter. Otherwise, the old yacht club wouldn't have been forced to leave for R200 more rent on top of an already very high monthly rental.

This is how we reported on the planned grand opening on 16 April 2019:

While huge plans for the multi-million rand harbour development in Mossel Bay are enthusiastically announced by the stakeholders and port authority, locals and small business owners are hovering on the cusp between cautious optimism and concern - especially since the public and small business owners have thus far been excluded from all discussions and stakeholder meetings. Read more: http://www.mosselbayontheline.co.za/index.php/mossel-bay-harbour 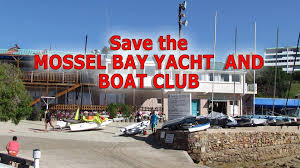 Transnet National Ports Authority’s (TNPA) Port of Mossel Bay has welcomed the judgment by the Supreme Court of Appeal to dismiss with costs an appeal by the Mossel Bay Yacht and Boat Club (MBYBC) against the judgments handed down by the Western Cape High Court in favour of TNPA on two occasions, in the MBYBC’s Review Application. 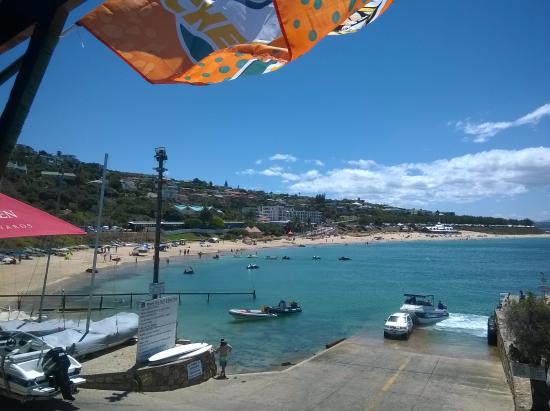